The BIG Problem with the IRS Private Debt Collection Program

At TheCreditReview, we value your trust.

TheCreditReview.com is a free online resource that provides valuable content and comparison features to visitors. To keep our resources 100% free, TheCreditReview.com attempts to partner with some of the companies listed on this page, and may receive marketing compensation in exchange for clicks and calls from our site. Compensation can impact the location and order in which such companies appear on this page. All such location, order and company ratings are subject to change based on editorial decisions. 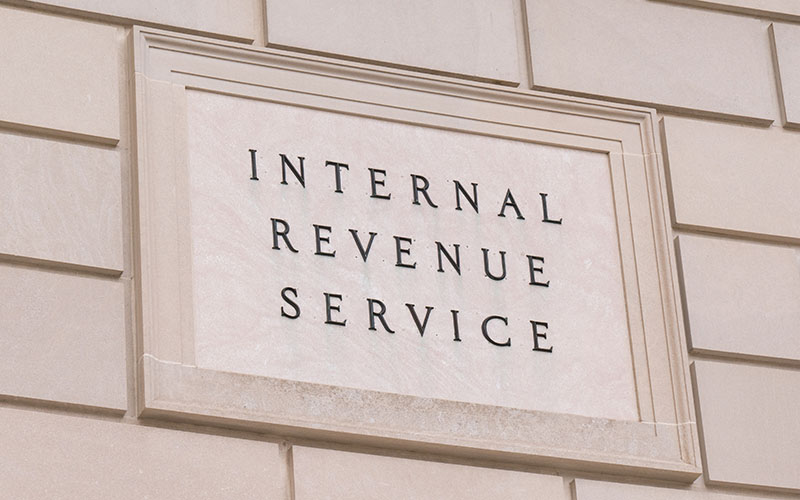 Collecting unpaid taxes costs the IRS a lot in time and resources.

In 2018, the New York Times reported it cost the agency $20 million to collect just $6.7 million in unpaid taxes.

Finding an option that allows the IRS to not waste its time and resources tracking down people who don’t want to be found while also bringing in some of those unpaid taxes seems like a logical idea. The IRS gets some of its money while also wasting less in finding delinquent taxpayers.

But since the advent of the private debt collection program for the IRS in 2015, the agency has discovered that the program gets mixed reviews.

What Is Private Debt Collection?

Private debt collectors are for-profit businesses that call debtors and attempt to collect on what’s owed.

These companies have been used for years in the consumer debt industry, such as credit card companies or medical debt. It’s only been recently that the IRS has started using these agencies.

The IRS has authorized four private collection agencies - CBE, ConServe, Performant, and Pioneer - to collect on their behalf.

These agencies receive lists of names from the IRS, then call those debtors and attempt to collect.

Why Does The IRS Use Private Debt Collectors?

In 2015, the Fixing America’s Surface Transportation (FAST) Act required the IRS to begin using private debt collectors in an effort to collect on overdue accounts.

These private debt collectors are most likely to contact those taxpayers with “inactive” delinquent debts. An account can be labeled as “inactive” for a few reasons, including:

Your account can be removed from the IRS’s active case list for any of these reasons and turned over to a private debt collector.

Once the private debt collector has your information, they contact you directly and notify you of the attempt to collect on the unpaid debt. You also should receive written notice from the IRS that your account is being transferred to a private collection agency.

The collection agencies are supposed to adhere to the Fair Debt Collection Practices Act and be “courteous and respect taxpayer rights,” according to the IRS.

While the IRS’s use of these private collection agencies is meant to increase revenue and decrease the time and money the IRS spends collecting on old debts, the plan is not as great as it seems on first blush.

Here are 3 reasons the IRS’s use of private debt collectors is problematic, both for the agency and for taxpayers:

Having an outside agency with the time and resources to track down taxpayers with long-overdue accounts should bring more money to the IRS, right?

However, that isn’t how revenue under private collection agencies has worked in reality.

Debt collection is a business, just like any other enterprise, and the companies collecting on behalf of the IRS want to make their money.

To turn a profit, they charge a commission on all money they collect, up to 25 percent of their income. So if a private debt collector gets $1,000 from a taxpayer, the debt collector keeps $250.

A similar amount of money, or more, could have been collected directly from the taxpayer through another tax debt relief option, such as an Offer in Compromise or an installment agreement.

Yes, it takes the IRS significant time and resources to find debtors and collect on some older debts, but if the IRS receives the full amount of money, that can at least offset some of what’s been spent. However, the cut that private debt collectors take means less money for the IRS, sometimes putting the agency in the red on accounts.

According to the Taxpayer Advocate Service, a large portion of taxpayers targeted by private debt collectors in 2017 were low-income.

Of those contacted by the companies working for the IRS:

By targeting these low-income taxpayers using debt collectors - whose calls and letters can be embarrassing and intimidating - the private debt collectors are pursuing those who may not have the means to pay.

If a taxpayer wants to stop the calls and letters but cannot afford to hire representation - or doesn’t know that’s an option for them - they might deplete their savings or take on consumer debt in an effort to pay.

This can have a devastating ripple effect for someone already barely scraping by, leading to further risk of debt and inability to get ahead.

3. Opens The Door For Scammers

In recent years, phone scammers pretending to be “the IRS” have run rampant.

These scams have cost individuals millions of dollars, and certain populations, such as the elderly, are especially susceptible. They can be financially ruinous for those who already don’t have a lot of money.

By adding in extra entities that can call and say they’re “contractors” for the IRS, unsuspecting taxpayers can be tricked into paying someone who isn’t actually authorized to collect for the IRS.

This higher likelihood of scams makes people distrustful of the private collection agencies actually working on behalf of the IRS, meaning they’re less likely to settle their real tax debt and may increase any penalties and fees on the taxpayer.

If your tax debt account is deemed one of those “inactive” accounts that can be turned over to a private debt collector, you don’t have to pay the collections agency right away.

Here are four things you need to know if you’re contacted by a private debt collector about your unpaid taxes:

You also do not have to pay the collection agency directly.

You can choose instead to pursue repayment with the IRS, especially if you feel there’s something fishy about the private debt collector that has called you.

Deal With The IRS Directly

Even though your account has been turned over to a private collections agency, you can still directly pay your debt to the IRS.

Working with the IRS to repay your debt is important if you’re requesting special payment arrangements or if you want to dispute the amount you’re being asked to pay. While the private debt collectors can offer installment agreements, sometimes the agencies offer longer payment terms than are legally available to the IRS.

Be sure that any checks you write, whether to the private debt collector or to the IRS, are made out to the United States Treasury and not the debt collector.

You have the right to seek the guidance and counsel of a tax professional, no matter how small your debt.

If you’re contacted by a private debt collector, you may want to reach out to a tax attorney, enrolled agent, or CPA to receive guidance about what you should do regarding your debt.

This professional can help you look over your returns to see if you missed something that could reduce the amount you owe, or can work with the IRS on your behalf to come to an agreement regarding your repayment plan.

If you receive a call from someone claiming to collect debts on behalf of the IRS, be aware of the signs of scams.

Some things to remember about the IRS’s collections process include:

The IRS’s use of private debt collectors was meant to increase revenue and decrease the amount of time and resources the agency had to put into collecting on delinquent accounts. However, the reality of the program is that less money is actually being collected, low-income taxpayers are being targeted, and it’s opening the doors to more scams than before.

What is private debt collection?

What should I do if I am contacted by a private debt collection agency?

If your tax debt is considered an "inactive" account, you don't have to pay collections right away.

How can I spot a scam?

If you receive a call from the IRS, be on the lookout for red flags:

Meet Arian. Arian is CEO at Tax Hardship Center, LLC – a nationwide powerhouse for tax resolution services. As CEO, his focus is on customer service, he has a passion for people.

Credentialed by the US Department of the Treasury as an Enrolled Agent, Arian is avid about providing transparency in the Tax Resolution industry. With nearly a decade of financial services experience, Arian has well-rounded knowledge of the tax resolution industry and has led Tax Hardship Center to become one of the nation’s top tax relief companies.

What Are Back Taxes? How To Settle Issues With The IRS

IRS Offer In Compromise: How It Works And How To Qualify

What To Do If You Haven’t Filed Taxes In Years

How To Set Up An IRS Payment Plan: Know Your Options & Get Out Of Debt

How Much Do I Owe the IRS? How to Find Out & Resolve Your Tax Debt

Is There a Statute of Limitations on Taxes Owed to the IRS?

Why Are Tax Liens Being Removed From My Credit Report?

What Is the IRS Fresh Start Program?

How To Deal With Payroll Tax Debt: A Relief Guide For Employers

Can I Resolve My State Tax Debt? What You Need to Know

IRS Currently Not Collectible Status: What It Is And How It Works

What is a Non-Filer Tax Statement? The Complete Guide for Students

7 Most Common “Tax Relief” Scams (And How To Avoid Them)

Innocent Vs Injured Spouse: Know Your Options For Tax Relief

IRS Tax Lien: What It Is And How It Works

How Much Should I Pay for Expert Tax Help?

What Happens If I Don't Pay My Taxes?

What Happens If I Pay My Taxes Late?

How To Settle Your Tax Debt

How To Avoid Tax Relief Scams

Wage Garnishment: What It Is And How To Stop It

The BIG Problem with the IRS Private Debt Collection Program

Does The IRS Offer One-Time Forgiveness?

What Is A Bank Levy & How Does It Work?