At TheCreditReview, we value your trust.

TheCreditReview.com is a free online resource that provides valuable content and comparison features to visitors. To keep our resources 100% free, TheCreditReview.com attempts to partner with some of the companies listed on this page, and may receive marketing compensation in exchange for clicks and calls from our site. Compensation can impact the location and order in which such companies appear on this page. All such location, order and company ratings are subject to change based on editorial decisions. 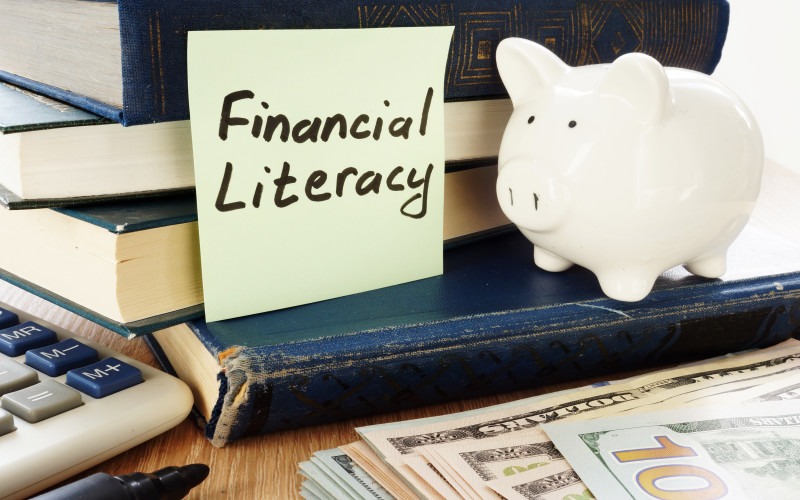 Generation Z and millennials have innumerable similarities — whether it be their similar upbringing from baby boomer and Generation X parents, the shared experiences between myriad economic and global disasters, or the way they’re changing social and cultural norms. However, despite those similarities, there are a handful of differences, too, especially when it comes to how both groups spend their money.

In many ways, millennials are considered the “unluckiest generation in US history,” based on consistently poor economic and societal health directly related to financial stability, job opportunities, and their overall purchasing power.

Meanwhile, Gen Z is entering the workforce as the first “digitally native generation,” and are said to be more cautious with how they spend their money and who they support with their wallet. Further reports claim that the COVID-19 pandemic amidst Gen Z’s formative years has inspired them to be more frugal and thoughtful about spending habits.

But some financial choices are less avoidable once entering adulthood, including student loans, car payments, and home mortgages, amongst others. When it comes to millennials and Gen Z, there may be a large crossover in many ways, but in others, their unique upbringing appears in their spending habits.

Student loans, both federal and privately offered, have been commonplace since the U.S.-Russia space race. While initially these loan options were offered in favor of increasing the number of students in tech, science, and engineering fields, they eventually became common for funding higher education across the board.

Reportedly, millennials hold approximately 32% of the $1.57 trillion of student debt in the U.S., while incoming Gen Z students claim approximately 7.5% of that portion.

With ever-increasing costs of college and university, millennial and Gen Z generations have faced potentially detrimental effects of the cost of university and the student loans attached to them. Specifically, research claims that “federal student debt increased sevenfold from 1995 to 2017, rising from $187 billion to $1.4 trillion.”

While millennials currently hold a larger amount of overall student debt in the U.S., that could be attributed simply to how Gen Z is still a burgeoning student body, while many millennials have already studied and graduated.

However, there are some additional potential factors, including a general decline in Gen Z attendance at traditional universities, as well as more available information for Gen Z students on student loan management after graduation. Meanwhile, many millennials are also actively trying to take better control of their loans through means of refinancing or other avenues of loan forgiveness in an attempt to regain control of their financial futures again.

Millennial homeownership has been a source of tension within the economy for years, and is anticipated to transfer to Generation Z as well. Despite this, 87% of surveyed Gen Z hope to be homeowners someday.

The survey also goes on to discuss that while millennials have come to avoid more debt, Gen Z appears to be more determined to be proactive with debt and approach it strategically as an unavoidable in life. Because of this, they also actively seek out ways to be prepared for large purchases, such as requirements to purchase a home in preparation for when the time comes.

With that said, another interesting point of view stems from Gen Z: while 65% of millennials consider homeownership to be a sign of financial success, only 59% of Gen Z agrees. While this gap may not be huge in itself, it demonstrates a potential pattern within Gen Z thinking all around — some financial “accomplishments” upheld by older generations before them may soon look completely different in an economy that no longer feasibly supports those accomplishments.

Because of their shared experience with an unstable economy and similar buying habits, many may even be eager to seek out refinancing options when it comes to paying off large purchases like auto loans. Considering that many need a reliable vehicle to maintain constant employment, both generations prioritize purchasing a vehicle.

For example, if your student loans are late on payments, or have too high of utilization, it may be more difficult to make bigger purchases outside of them. In these cases, there are options like student loan refinancing to help balance everything back out again. Considering the growing popularity of relying on standard credit instead of student loans, it’s also important for students both incoming and current to understand how to manage credit card debt while attending school.

Although millennials and Gen Z seem to be following similar trajectories when it comes to credit card debt, overall, their financial literacy appears to be experiencing a gap. This is especially true in reference to retirement, investments, and overall in establishing a secure financial future.

Many members of Gen Z also claim they lack fundamental financial skills, but at the same time, their unique financial decisions stand out from the rest. Not only are they more digitally savvy than any other generation, but they are also more socially aware than others and put that weight on companies trying to sell them products or services. From a McKinsey report on Gen Z consumer habits, they found:

That isn’t to say millennials and older generations don’t shop ethically — only that Gen Z recognizes their unprecedented buying power — it's intrinsically tied to the ethics of a company.

While millennials grew up within economic instability, Gen Z is learning and observing while actively growing into it. They are intentional about spending in every facet of their lives, which shows in how they approach large purchases like homes and vehicles, student loans, and even how they approach credit card use.

While millennials remain a powerhouse in the current economy, Gen Z is swiftly approaching from behind, with both generations using their experiences to reshape how their money speaks in an ever-shifting economy.

Ashley is currently the Chief Operating Officer for Credit Saint, previously working as a Logistics Coordinator at Ernst & Young. She is currently working toward an Executive Leadership Certificate from Cornell University.

How Side Gigs Can Get You Extra Cash

The Complete Guide To Personal Loans

The Comprehensive Guide To Loan Refinancing

How to Get a Loan When You're Unemployed

How Does A Personal Loan Affect Your Credit Score?

Get a Home Equity Loan With Bad Credit

Everything You Need To Know About Getting A Personal Loan Online

Fintech: Definition, Examples, & Why It Matters

Everything You Need To Know About Loans

Can Personal Loans Be Included In Bankruptcy?

The Best Personal Loan For Your Situation

The Best Loans For Home Improvement

How Can I Get Signature Loans With Bad Credit?